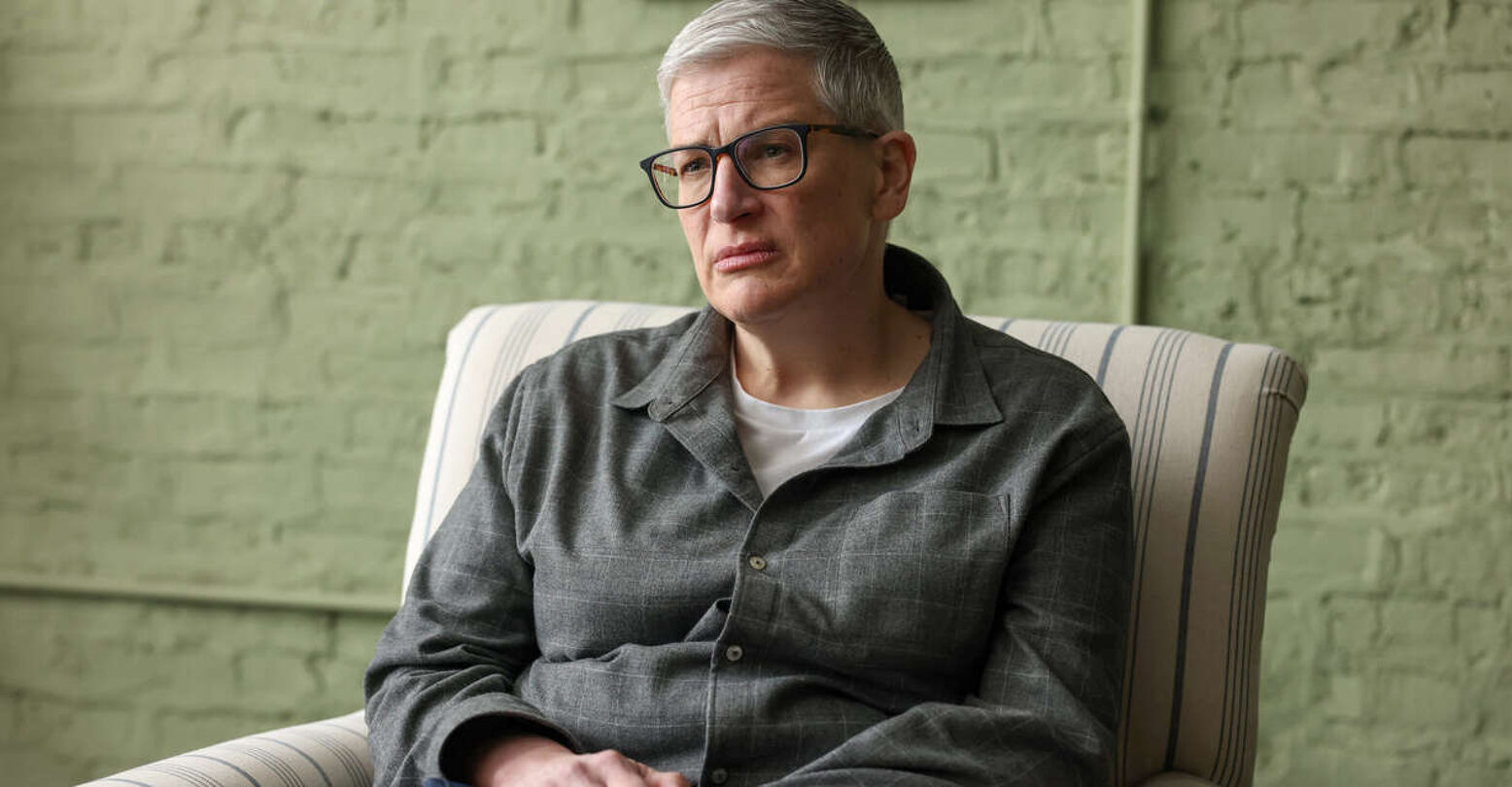 In 2019, the first season of Abby McEnany’s semi-autobiographical series Work in Progress (co-created with Tim Mason and co-produced by Lilly Wachowski) told the story of Abby, a forty-something, gray-haired “fat queer dyke” who happens to be suicidal. At the start of Season 2, Abby (played by McEnany) is temporarily living with best friend Campbell (Celeste Pechous) who, to lighten the tension, says, “this is still kind of fun, right?”

“Kind of,” answers Abby. The same could be said of this new season itself, which began August 22 on Showtime (you can watch an episode for free here).

Season 1 was an unexpectedly expert balance of material not typically associated with comedy. There was the treatment of Abby’s suicidal ideation and debilitating mental illness, mixed with cutting, laugh-out-loud humor. Season 2, however, leans more into the melancholy of the first season, which is understandable, since, in the finale, Chris (Theo Germaine) Abby’s much younger, dreamboat trans boyfriend dumped her outside during a nighttime snowstorm. This season picks up a while after the breakup, but Abby still misses Chris, and so do we.

Chris was a great foil for Abby: attentive and funny in his own right while calm and patient in the face of Abby’s many limitations. But he was never a pushover for his highly imperfect partner (in this way, he reminded me of Patrick on Schitt’s Creek) and by the end of the season, Abby’s obsessive worry about ruining the relationship finally did just that. Theo Germaine is not the first trans actor to play a trans person on TV, but they might be one of the first to embody a romantic ideal: before the breakup, Chris’s steady, tender gaze toward Abby (the camera often taking Abby’s POV) had viewers of all orientations–and genders–swooning. When someone in my queer critics’ group expressed interest in meeting Germaine, I told them they would have to get in line.

Season 2 leans more into the melancholy of the first season, after Chris (Theo Germaine) Abby’s much younger, dreamboat trans boyfriend dumped her outside during a nighttime snowstorm.

Like a lot of women who have been dumped, Abby proves surprisingly resilient. She’s able to make her best friend laugh even after her dog dies (which elicits a dirty look from another woman in the vet’s office,) gets a promotion at work, and, as she never did in the first season, she’s even able to tamp down her anxiety long enough to help others during a crisis. Campbell and Abby have a great teasing relationship that is miles away from the acerbic little digs they endure every time they see their families of origin. The show’s best episode so far focuses on the two trying make their family get-togethers more bearable by attending two of them, together, on the same day, complete with safe words so the friends will know when to come to each other’s rescue.

Like a lot of women who have been dumped, Abby proves surprisingly resilient.

In this season’s choice of additional writers (like Samantha Irby, author of the hilarious We Are Never Meeting in Real Life and other books) and directors, along with some minor characters, the show seems to be trying for more racial inclusion. However, it’s still pretty white, especially for Chicago. Just like last season, it’s shot there on location, often filled with real-life members of the local queer and trans community, which makes it look and feel more authentic than most other TV series about queer people and their friends.

In spite of tedious forays into stale standup comedy fodder like cancel culture (everybody in show business take note: you have nothing new–or funny–to say on this topic) never fitting in as a child and more bits with Julia Sweeney (also a co-producer) playing a fictional version of herself, even though her scenes in the first season didn’t work. Sidenote: Sweeney has done some really interesting shows since she left SNL, but you’d never know it from her appearances in WiP.

Work in Progress still has a lot of uncomfortable truths about the queer community’s present and past not usually seen on TV. Like: for the past two decades the increasingly corporate Pride celebrations have really been a party for straight people (and baby queers who eventually get as fed up as the rest of the community.) In a flashback, we also see that single queer women, like Campbell, went to the Michigan Womyn’s Music Festival (which has a different name in the show, but takes place in Michigan and has a “Camp Trans” nearby to protest the fest’s trans-exclusionary policies) as a once-a-year chance to hook up with women from all over the country (Andrea Lawlor’s novel, Paul Takes the Form of a Mortal Girl illustrates this side of the festival too.) When Abby tries to gently suggest that the people from Camp Trans are right, Campbell cuts her right off, not willing to hear any argument, like so many queer women back in the ‘90s, when the flashback seems to take place. In the present, too, we see uncomfortable truths about the role of substances in the community. We see that Abby knows she drinks too much, always saying she is trying to cut down, but the minute her friends start drinking she matches them beer for beer, shot for shot.

At first, I was disappointed Season 2 didn’t address the pandemic, but then, in later episodes, it sneaks up on the characters the way it did on all of us. Again, Abby is unfazed, happy to start her drinking earlier in the evening than usual and to not go into the office, but at the end of episode 6, another crisis is on the horizon. Is Abby ready for it? Probably not, but after nearly a year and a half of the pandemic, neither are any of the rest of us. Like Abby, we don’t have any choice: we have to find our way through. ♦