When the crowd cheered for Stiles Zuschlag on Oct. 7, it felt like a dream.

The Senior student put his name in for consideration as his new school’s homecoming king as a joke. Zuschlag had only been going to Noble High School in North Berwick, Maine for a month. He posted on Snapchat that it would be “funny” if he won. But when his name was called out during halftime at the homecoming game, the crowd began to cheer. Zuschlag, bleary-eyed and shaking, looked out over the stands and hoped he wouldn’t wake up.

“I was surrounded by people that I loved and who actually genuinely loved me back,” he tells INTO. “It was so surreal.”

Being crowned in front of 1,000 students chanting his name is a wondrous reversal of fortune for the 17-year-old, who was kicked out of a Christian high school just weeks before. Zuschlag was at the top of his class, a 3.89 GPA-student who loved soccer and God. There was just one problem, according to administrators: He’s transgender.

Zuschlag came out to family and close friends when he was 15. He says that the news wasn’t a surprise to those around him.

Throughout his childhood, Zuschlag was the type of kid who preferred baseball caps and t-shirts to a skirt. The youngster played sports with the boys and would help his father with yard work to pass the time. As Zuschlag got older, it became apparent that his “tomboy phase” wasn’t a phase at all. He was a boy.

“Everyone knew before I did apparently,” he says. “No one was really fazed by it.”

Zuschlag’s parents allowed him to cut his hair and start using a male name, but transitioning at school wasn’t nearly as smooth. The sophomore hid his gender identity from the other students at Tri-City Christian Academy in fear of being rejected, but he claims he was leading a double life: playing the part of a girl at school and getting to be himself at home.

When Zuschlag finally came out, many of his friends couldn’t see past the person they thought he was. They refused to use his pronouns or his new name. While he grew closer with the friends who did accept him, others quickly fell away.

But as word spread throughout school, the rejection of his peers paled in comparison to how their parents reacted. Zuschlag says that several parents emailed the principal to complain that his hair was too short. Parents claimed that a transgender student shouldn’t be allowed to attend a Christian high school.

Those complaints led to a series of meetings over the summer with Tri-City’s principal, who Zuschlag claims issued an ultimatum.

“They gave me two options,” he says. “I could repent and confess my sins, denounce that I was a male, and seek Christian counseling, or the second option was I could do homeschooling under the umbrella of the school.”

Neither course of action was even remotely an option, the student claims.

If Zuschlag were to be homeschooled, he would have lost out an opportunity to be valedictorian. And the alternative was even worse: “Christian counseling” is another name for the discredited practice of conversion therapyin which counselors attempt to “cure” LGBTQ people through psychoanalysis. The treatment has been condemned by every leading medical association.

“It was like he was trying to convert me back into being a female and to change my ways,” Zuschlag says. “It felt like the end of the world.”

But just weeks later, he claims he’s “glad it happened.”

After being effectively kicked out of Tri-City, Zuschlag went to his parents and asked if he could transfer schools. Within the day, they were meeting with administrators at Noble, a public high school in the southwestern Maine town. Zuschlag calls North Berwick “small and secluded,” the kind of place where everyone knows each other.

Zuschlag was surprised at how quickly students, faculty, and administrators at his new school accepted him. His classmates call him by his chosen name. Teachers let him use the men’s bathroom at school. He hasn’t been misgendered once.

Despite being the “new kid,” he even found it pretty easy to make friends. Outgoing and gregarious, Zuschlag quickly fell in with the drama club and the students in the music department. But he says that his new friend group spans every social circle at the school. When Zuschlag walks down the hall, he can’t go a couple feet without someone yelling after him, “Stiles!”

“I am the boy that I’ve always wanted to be,” Zuschlag explains. “I don’t have to struggle to be anyone else.”

More than anything, the student says he finally gets to experience what it’s like to be an ordinary teenager. After his Cinderella moment, Zuschlag went to the homecoming dance with another transgender student but ended up pairing off with a female friend. While his new friends went out to Applebee’s after the event, he went home and slepttired from celebrating all night. 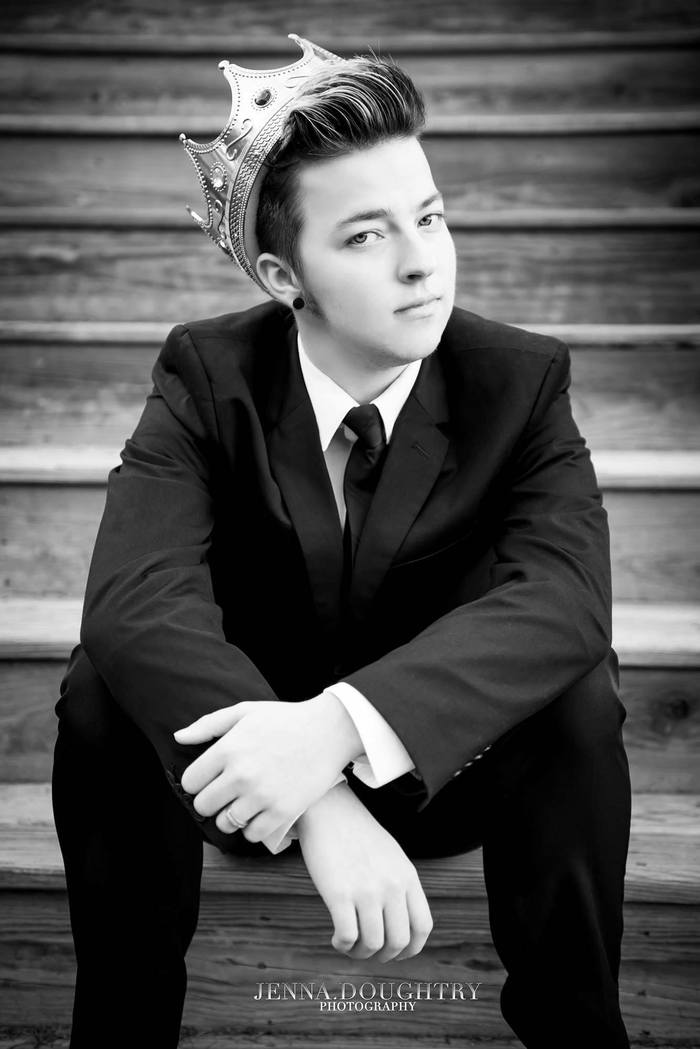 The excitement hasn’t died down in the weeks since, as his crowning made national news.

“I walk the halls and it feels like people have known me their whole lives,” Zuschlag says. “I have teachers I’ve never even met before coming up to me and high-fiving me. I feel free.”

Note: Tri-City has declined to speak with media about Zuschlag’s story.