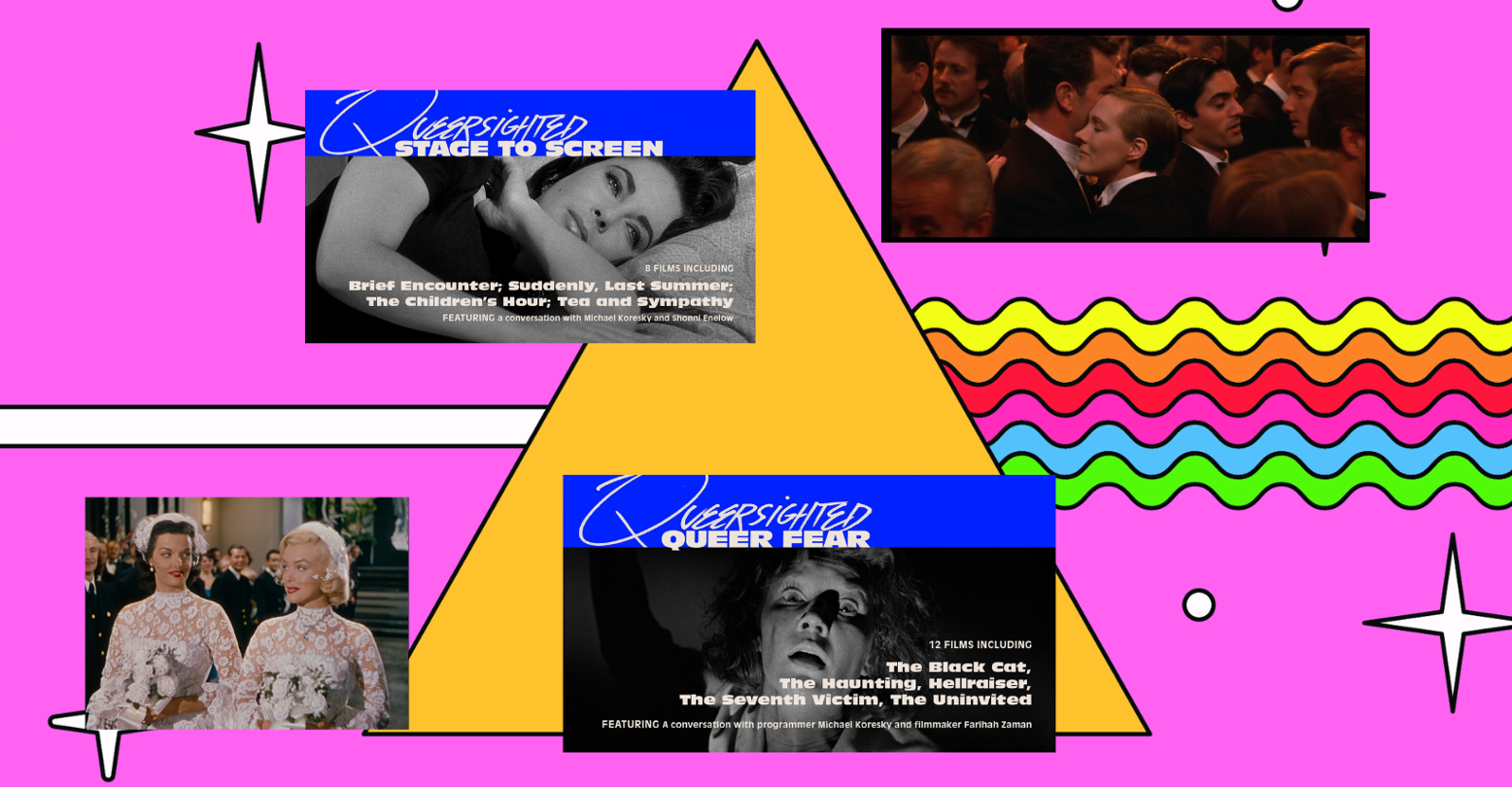 If you’re a die-hard Criterion Channel stan, first of all, congratulations on your good taste. Secondly, have you ever wondered how so many queer classics end up there each month?

While Criterion’s programming is a group effort, long-time freelance programmer Michael Koresky is often at the forefront of some of the channel’s coolest offerings, such as the “Queersighted” series, which takes queer films—some explicit, others not—and places them in a new context. For Pride month, the channel started streaming “Queersighted: The Musical,” offering up an interpretation of Hollywood classics as hidden gay gems.

We spoke with Koresky on how he continues to make the Criterion Channel one of the gayest—and happiest—places on earth for cinephiles.

INTO: Anytime I’m on the Criterion Channel and there’s an amazing queer collection I’m like, “that’s Michael.” And without fail, it’s always you!

MICHAEL KORESKY: I’m glad to hear that. I don’t do all the queer programming, though.

I’ve noticed that sometimes your “authorship” is credited and sometimes it seems like it’s more collaborative. What’s the pitching and curation process over there?

Where do I start? I was on the Criterion staff for 10 years, from 2005 to 2015. I was in the editorial department there. That period was pre-streaming, so I was writing all the blurbs for all the backs of the packages. It was a great place to work. I left Lincoln Center in 2019, and that’s when I kind of wanted to go back to working for Criterion again. I was also writing my book, “Films of Endearment.”  I went to Criterion and they had just recently launched the channel, and I pitched them the idea for Queersighted series. I thought, “well, you really should have queer voices on there.” The idea was always that I would be in conversation with another person, a prominent queer filmmaker or critic or someone within the industry, and that we could have a conversation rather than have a host who just sits there and talks about the movie.

Yes. That’s not my style. So I said, “Well, wouldn’t it be interesting to have conversations where we can get at something that’s intellectual and academic and also personal?” And you can get various perspectives that aren’t just from me, this cis white guy. They jumped at it and said, “This is great. We need this kind of representation.”

The great thing about Criterion is that it’s such a factory, in a good way. Obviously, everything they do is very well thought-out, but it’s also very well-planned and they have great resources. Usually for a series, I come up with the initial ideas for films. Then I go back to Criterion and they tell me, “okay, here are the films we can actually get.”

Very rarely is there a series where everything that I want is available: a lot of it comes down to licensing. Thank God Janus has such an amazing library. But then there are certain films that I can’t get. Then there’s a great editing process and they do such a wonderful job of walking you through it and taking your notes and working collaboratively. I feel like the series has taken on a life of its own.

Totally. And one of my favorite things is finding a trans reading, a queer reading for everything. I have a podcast where we do trans readings of like, The Lady Eve and Now, Voyager. To me, those movies make it easy to read queerness into the story. I don’t know if this has been your experience, but in the past, people always laughed at me for being like, “Gentlemen Prefer Blondes is a queer movie!”

I taught a class at NYU just this past fall semester on queerness in American cinema. If you’re going to sign up for that class as a student, you’ll probably be more open to these kinds of readings. But even with that, a lot of the students are surprised by how open and fluid these movies are, and how accessible they are to these kinds of readings. So it’s always great to see people’s minds opened. And I always I always remind them in the very first class that it’s not a coincidence. It’s not just us looking back at a time period when people were more closed-minded. I explain that there were rules in place, there was a production code and because of the coding, everything has these subterranean readings. These were not stupid people making these movies. They were smart, often queer people behind the scenes, so the films are open to all kinds of interpretations. And yes, so many classic films are stories of deception and identity,

Exactly. That’s what makes it really fun. That’s what anyone who’s interested in classical Hollywood cinema knows is that these movies are so much more fun, so much more layered and so much more interesting and thought through. It’s wonderful to have representation, but we’re we’ve certainly lost a lot in terms of subtext.

There’s so much queer stuff from that time that I feel like we could stand to learn more about.

Yeah, that’s what’s so exciting. Suddenly a film like Dorothy Arzner’s Merrily We Go to Hell suddenly finds a new audience. This movie from the 30s became kind of a pandemic favorite. People were sending emails and texts like, “Oh my god, have you seen this movie? This movie is so incredible.” I didn’t know anything about it, and it’s so open to a queer reading.

I was very excited to see The Pirate on Queersighted, because it’s one of my personal favorites. On the surface, it’s a hetero love story, but then you start watching and you’re like, This is the gayest thing I’ve ever seen in my life.

Yes. The fact that everybody’s deceiving everybody else, and nobody’s in it for love.

I love that the things that the films in that series have in common is that they’re so joyful. Usually whenever you get a list of influential gay movies, they’re all tragic. Like, The Children’s Hour, AIDS dramas, all that stuff. But there’s another side of it that’s joyful and full of life.

I grew up watching that kind of gay movie. So yeah, before I was even out, I did have this sense of gay movies as being heavy duty, even if they weren’t necessarily about AIDS.

I was born in ’79, so I started to become aware of this subset of gay films when I was pretty young. But then I remember hearing about My Beautiful Laundrette. When I finally watched it years later, I couldn’t believe that it was actually positive and sweet. And The Incredibly True Adventures of Two Girls in Love is a great one to cite, because it has that kind of “block out the world” ending. Because the tensions in that movie are totally unresolvable, and the movie acknowledges that, but it also doesn’t move towards tragedy or fatalism. It just actually decides to treat the hetero world as absurd. In the end, it’s just the two of them blocking out the world around them. Because that’s how you survive.♦

“Queersighted: The Musical” is streaming now on the Criterion Channel.