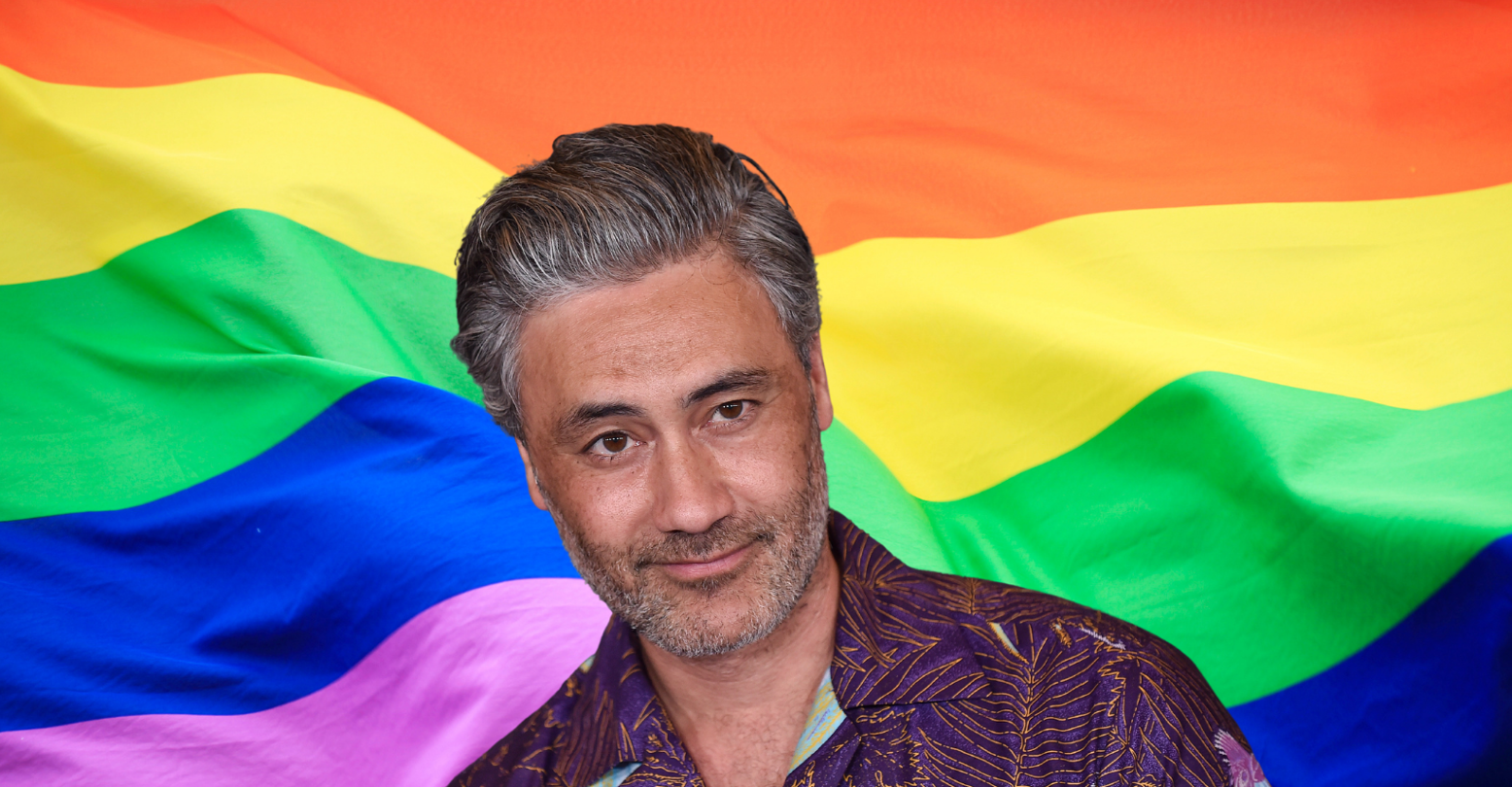 Writer, director, and actor Taika Waititi is best known for the idiosyncratic humor of his films, including the more recent Marvel blockbuster Thor movies. But he is also an easily recognizable celebrity, known for being unashamedly himself even as others might label him eccentric. Or as he put it in a recent profile in Wired, “I come off as very gay.”

The topic came up during a commentary on his fashion sense, referencing a particular 2017 Comic-Con lewk in which Waititi sported a pink pineapple romper and mirrored shades.

Sorry you’re not me. #god pic.twitter.com/M8tkeehbsK

But in addition to his unabashed fashion, Waititi is also known for portraying campy characters. In 2019’s JoJo Rabbit, he played a version of Hitler that was a child’s imaginary friend—a Hitler given to cartoonish exaggeration and animated expressions. And his vampire character Viago in the 2014 film What We Do In the Shadows was established as an 18th-century dandy in his previous life.

But perhaps the ‘gayest’ thing about Waititi has nothing to do with camp but with the way he defies societal norms without apology. Last year, paparazzi photos of Waititi in a three-way kiss with his girlfriend Rita Ora and Thor: Ragnarok star Tessa Thompson made the rounds on the internet. While many outlets salivated over the salacious rumor of a polyamorous relationship, Waititi’s only comment was, “I was doing nothing wrong.”

Some queer characters have made their way into Waititi’s onscreen work. In the recent HBO Max series Our Flag Means Death, the two main characters—”gentleman” pirate Stede Bonnet and legendary pirate Captain Blackbeard (played by Waititi himself)—end up falling in love.

His more high-profile Marvel films are a different story. A scene in which Valkyrie (Tessa Thompson) is shown to be bisexual was cut from Thor: Ragnarok. According to Thompson (the person who came up with the scene), Waititi fought to keep it in, but it was ultimately taken out for distracting from the main plot. Given Marvel’s track record with oblique bisexual reveals, we probably weren’t missing out on any riveting queer representation. But still.

Waititi has explained that because the characters are owned by Marvel, he is not in full control over their direction. But in an interview with Variety, he expressed being open to exploring Valkyrie’s sexuality in the upcoming Thor: Love and Thunder.

“The IP is not mine,” he said. “But with the actors, I feel whatever makes them comfortable – whether they feel like there’s a natural choice, or a natural way for that character to go – then I’m pretty supportive.”

Tessa Thompson, for one, has been clear that she has already been portraying an openly queer Valkyrie—in her mind, for now.