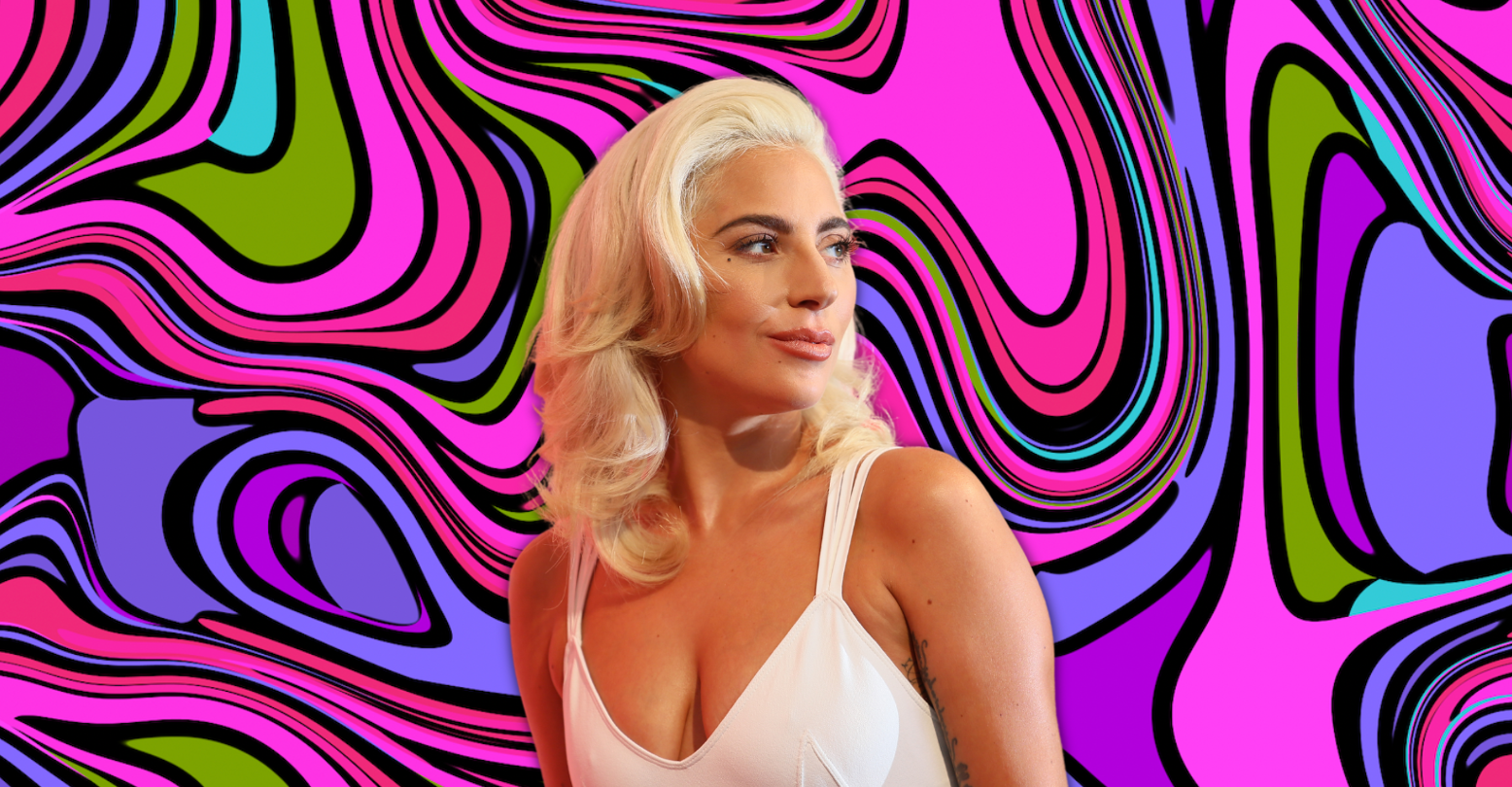 In just over a decade, Lady Gaga has gone from kooky pop star to full-fledged global sensation. How did she do it? Well isn’t the answer obvious? “No sleep, bus, club, another club…” However, not content with chart domination alone, Gaga has also explored acting. Taking her fame to a whole new level, she’s starred in a range of interesting titles both on the small and big screens.

Now, the Oscar winner has since returned to touring with her show-stopping Chromatica Ball, literally setting stages across the world alight. But with the Chromatica Ball sadly now having reached its culmination, let’s keep the party going – no, not by going back to the third-floor toilet – but by ranking Gaga’s best singles.

She hasn’t made it easy: picking between the singer’s wealth of amazing singles is a little like picking between your own children. It’s hard because you love them all, but even if you don’t admit it, you’ve got your favorites. So grab a pack of Chromatica Oreos, hop in the Pussy Wagon and get comfy, as we dive into Mother Monster’s top 10 best singles.

By 2010, Gaga already had three chart-topping singles to her name, setting the bar immeasurably high for herself. It was the perfect time for a collaboration with the world’s biggest pop star: Beyoncé. This playful Queen B pop collab became fully realized by way of its Quentin Tarantino-inspired music video, which continued the narrative started in “Paparazzi”. It features Gaga’s iconic caution tape look, some of her campiest choreography and a storyline worthy of a short film Oscar. Its influence on pop culture was strong upon release and has been felt ever since. Who can forget the chaotic group performance on The X Factor, including a baby-faced One Direction? More recently the influence of “Telephone” can be seen all over drag superstar Priyanka’s music videos for her Taste Test EP. Taste indeed.

Nothing gives Gaga’s “Just Dance” a timestamp quite like the presence of Akon, RedOne, and Colby O’Donis. However, despite these unmistakable indicators of a late-noughties hit, the song hasn’t aged a day. It was a clever choice for Gaga’s introduction to the world, proving commercially attractive whilst also giving a preview of the pop-dance heaven that made up the remainder of The Fame. “Just Dance” walked so that her follow-up single, “Poker Face” could run, yet the former has stood the test of time just slightly better. Giving Gaga the dream start to her career, her first ever single kickstarted her outstanding debut era and would ultimately secure her an army of fans. So you want to launch a career as a world-famous pop sensation? It’s quite simple really: just dance.

It’s undeniable that Gaga has some of the most devoted fans in the world, and with “Applause” she made her appreciation for them abundantly clear. Both due to the nature of the song’s lyrics which address how fan support helped her through injury and mental health struggles, but also because the song does in fact slap. The various different rhythmic claps that can be heard throughout match the ever-changing energy of the song and mirror the support for Gaga that Little Monsters are so forthcoming with. It’s a fitting introduction to all things Artpop, as Gaga became more experimental with her sound, a move which would eventually see her step back from chart domination.

Despite this drastic, yet welcome change in direction for Gaga “Applause” remains a fully-fledged belter. Although, if she’d done the right thing and released “Venus” as a single, it would likely top this list.

With the dust not even close to being settled after her amazing debut era, Gaga was back before she even left with her first album reissue, The Fame Monster. Leading this new release was the single “Bad Romance” and it quickly became one of the singer’s trademark songs. It was arguably this single that cemented her status as a global icon, showcasing that the original iteration of the album was indeed no fluke. Between the “Rah, rah-ah-ah-ah” hook, the powerful chorus, and the drama of singing partly in french (because why not?), “Bad Romance” is Gaga through and through and is particularly representative of her early style. She’s since bettered the sound and style present here but the release of “Bad Romance” is quite possibly when the superstar truly felt at her most unstoppable.

“G.U.Y.” is one of Gaga’s poorest performing singles, but Little Monsters with taste know that it’s actually one of her best. It’s not surprising that it features on the heavily maligned Artpop and along with much of the album, the world clearly was not ready for it. The song’s lyrics play with the stereotypes of relationship gender roles, with Gaga approaching the ideas from her own refreshing perspective. The visuals created in the video are some of Gaga’s most gorgeous, taking inspiration from Greek mythology whilst also including many bizarre and unique ideas of her own. And although the song didn’t come close to topping any charts, another look at the lyrics should calm any G.U.Y. stans as Gaga confidently states “I don’t need to be on top to know I’m worth it, ’cause I’m strong enough to know the truth.” Still, justice for G.U.Y.

“Song of the summer” is a phrase that gets thrown about a lot, but when it comes to Gaga’s second single from Chromatica, “Rain On Me”, the moniker could not be more accurate. Recruiting Ariana Grande to collaborate on this pop banger was a stroke of genius. Bringing together two huge artists with devoted fandoms on such a great song meant that “Rain On Me” was only ever destined for massive success. As expected it shot to the top of the charts all over the world. Released amidst and in between lockdowns depending where in the world you were, this was the song that had everyone wanting to get back out; it needed to be heard on a nightclub dancefloor. Since then it’s been adopted as a staple of any good gay pre-drinks, night out, or pride party. Pink or purple: pick your fighter.

Released as the fifth and final single from Born This Way, “Marry the Night” is unquestionably one of the album’s very best songs. Bringing such a strong era for Gaga to a close in euphoric fashion, this track has it all. Its mix of musical genres and influences is indicative of Gaga’s multifaceted style of her own, with each element complimenting the last. Its funky breakdown is one of the song’s many high points taking the song and this era to its climax. The music video is an almost fourteen-minute long mini-movie that sees Gaga doing everything from reinventing the hairnet, struggling to get her cheerios in the bowl, and serving the children choreography for days. It’s the perfect mixture of metaphor and madness that’s become synonymous with her idiosyncratic brand.

It took some time, but by way of two incredibly divisive albums, a collaborative jazz record, and a movie soundtrack, Gaga eventually made it back to her roots. Delivering pure pop perfection with “Stupid Love” she signaled a return to the music that initially won her adoring fans all over the world. This gay anthem is like the best songs from The Fame, but on acid. It was the ideal introduction to Chromatica and began a truly iconic era for Gaga as fans warmly welcomed her back to the mainstream. “Stupid Love” was no sell-out though. It’s a well-produced, radio-friendly pop hit that still shows off Gaga’s impressive vocals and unique taste. Its use as the final lip sync song of Ru Paul’s Drag Race All Stars 6 was the icing on top of a great season of the show, and Kylie Sonique Love’s styling out of that slip? Iconic.

Gaga perhaps has no lead single that goes harder than “Perfect Illusion”. This pop-rock banger was the first taste that fans got of Gaga’s incredibly divisive Joanne from 2016. The song has an infectious angst to it that makes you want to drive into the desert for an angry rave of your own. The change in tone from her previous musical outpourings was so welcomed and showed the singer’s impressive versatility. The layered bridge gloriously builds to the epic key change and Gaga’s raw vocals take the song all the way home. The music video is appropriately stripped back, noticeably lacking in the theatrics that the singer is known for. This was the perfect direction to take the visuals though. The simplicity of the production design, her outfits, and the storyline connect with the song effortlessly. It’s Gaga’s absolutely coolest combination of sound and style.

Father, son and House of Gaga; church is in session and “Judas” is our first item of praise. Serving as the second single from Born This Way, it was released in the run-up to Easter 2011, much to the dismay of the Catholic Church. The song’s religiously inspired lyrics explore the pull of darkness and its power over good, creating a rich metaphor for much of Gaga’s past. The accompanying, award-winning music video embraces the religious themes of the song, seeing Gaga portray Mary Magdalene alongside Norman Reedus as Judas. The video is brimming with gorgeous imagery and features some of Gaga’s most iconic choreography. The song itself is a powerful blend of pop, punk and house woven together by Gaga’s variety of vocals. For those who worship at the altar of Mother Monster, there is no more heavenly hymn than “Judas”. ♦