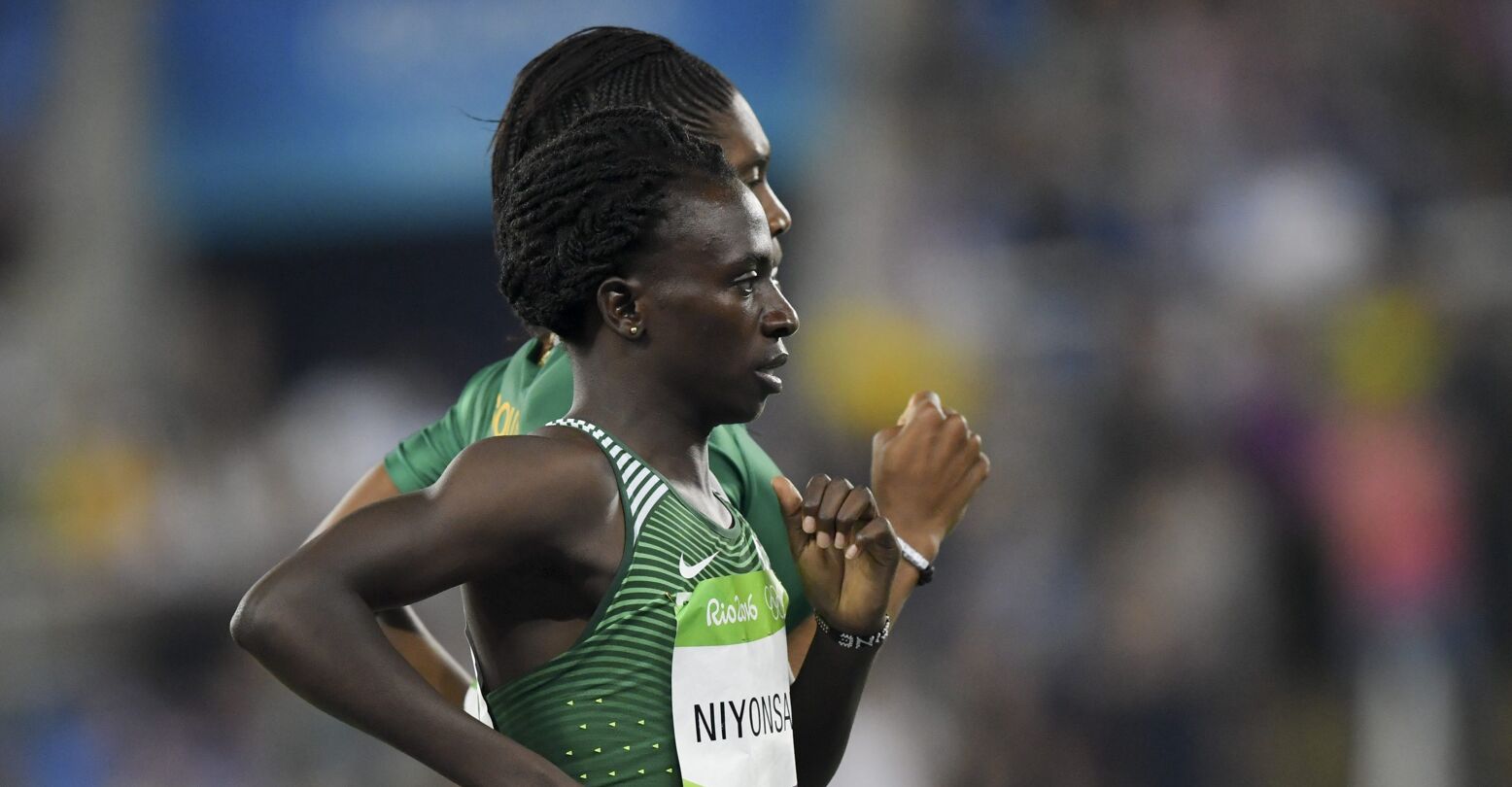 After earning the title of Silver medallist in the women’s 800m race at the 2016 Rio Olympics, Burundian olympian Francine Niyonsaba isn’t allowed to defend her title this year in Tokyo 2021 – nor is she allowed to compete in the entirely different 5000m race event the International Olympic committee forced her and other intersex middle-distance athletes to compete in alternatively.

When Niyonsaba crossed the 5000m finish line in the qualifying heats at Tokyo, her cramping body and wide eyes did not deceive her: the runner had in fact placed fourth in a qualifying heat. Subsequently, she whole-heartedly believed she secured a ticket to compete for a medal at the final.

It was not until a post-race interview that Niyonsaba was made aware of her ineligibility on the basis of a technicality. Just as she was telling the French outlet La Press “I want to inspire little girls like me, especially across Africa, but also around the world,” the journalist informed Niysonaba that the officials declared her momentary stumble between track lines to be lane infringement – the likes of which is appropriate grounds for disqualification.

Upon being disqualified and escorted from the stadium, Niyonsaba released a statement on Twitter regarding the whole event: “My dreams of making it to the final were crushed. Where was the Burundian team leader when I needed him by my side? USA challenged the disqualification of their mixed relay team and won. Why could Burundi not do the same for me? I felt so alone, unsupported.” Within the tweet, Niyonsaba reveals the Burundian team leader was nowhere to be found while she tried to appeal her disqualification like Team USA had successfully done to another’s official’s call earlier during the mixed team relay.

With the purpose of the Olympics being understood as achieving international athletic recognition and Niyonsaba already recognized as a silver medallist, the Burundi team leader made the decision to blatantly sacrifice a medal – and while the choice is seemingly shocking, it’s no mystery as to why Niyonsaba was cruelly left to her own devices.

The history of Niyonsaba’s Olympic career reveals this isn’t the first time the athlete has been victimized by those professionally responsible for her well-being. In 2016, when The World Anti-Doping Agency’s ADAM’s database was hacked and Niyonsaba’s private medical information was revealed, she was targeted by the International Olympics Committee for the way her body naturally produced high levels of testosterone. Consequently, she was banned in the same event she had previously won a medal for in 2016.

Once Niyonsaba became labeled as an intersex athlete, she was given the choice to medically alter her hormones or compete in a new event outside of the middle distance competitions. Unwilling to opt out, Niyonsaba radically turned her training on its side to adjust to the longer distance of 5000m.

Yet, the Burundian track star renowned for middle-distance defied the odds and ran her way straight to Tokyo – only to then once again be blatantly discriminated against for her hyperandrogenism by suspiciously strict officials and her own unavailable team leader.

As the entire story comes together, a distinct desire to police the intersex body is the singular connection between each of the unjust and arbitrary roadblocks placed in Niyonsaba’s way. Niyonsaba’s ultimate outcome of being disqualified from the Tokyo 2021 Olympics for stumbling between designated lane lines merely demonstrates that though the International Olympic Committee boasts hosting the fastest track athlete’s alive, there may just be someone, somewhere who is much faster – but unable to compete. Essentially, the IOC made the 2021 year nothing more than a dark stain on their legacy with unreliable results.