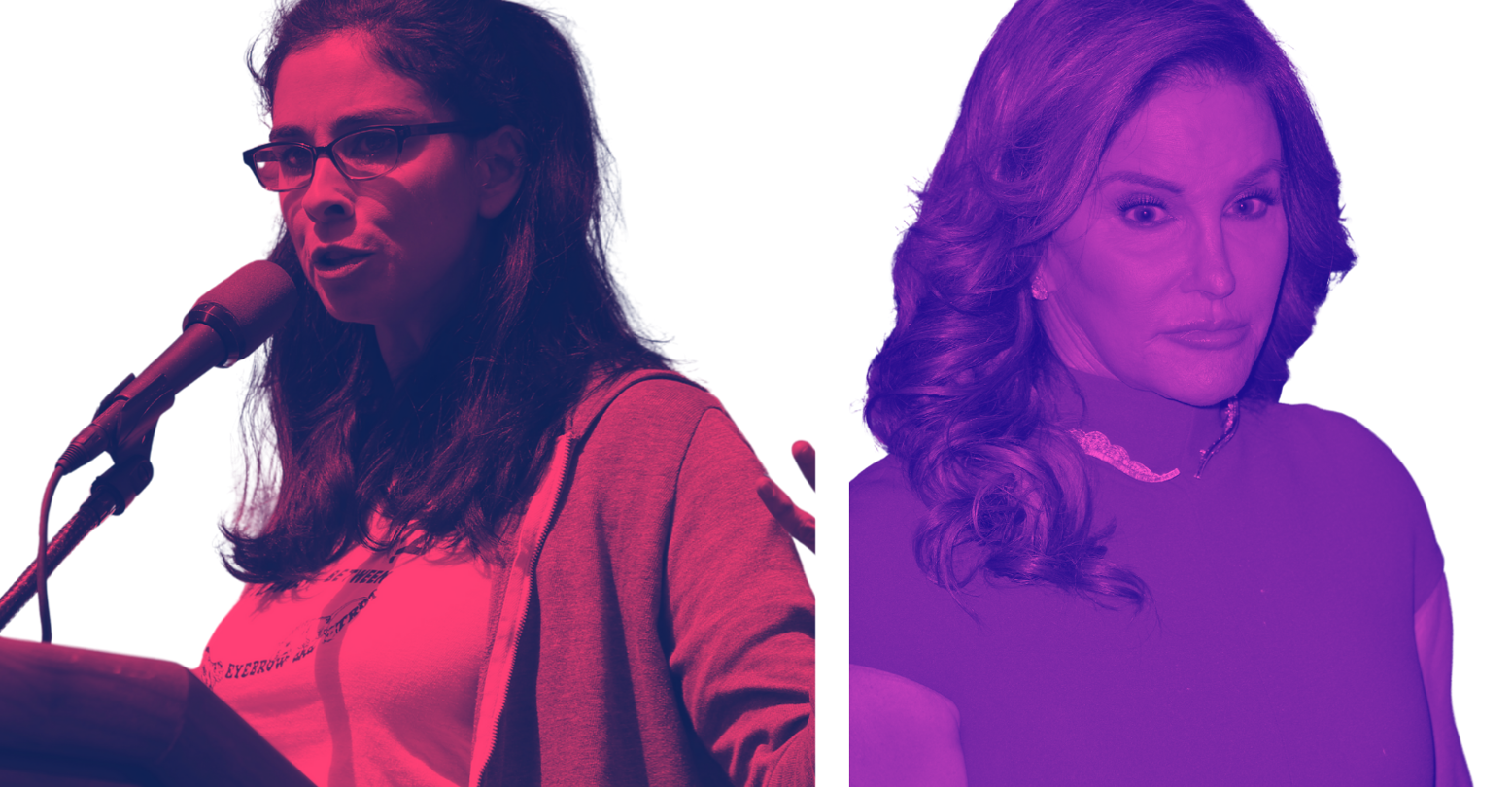 Last week, when Caitlyn Jenner proclaimed trans inclusion in team sports to be “unfair”, queer folks everywhere went into simultaneous paroxysms of grief and laughter. Perhaps no one was surprised by Jenner’s internalized transphobia, but hearing it come out like that still felt like a slap in the face of the very community the gubernatorial hopeful was claiming to represent.

Absolutely. Caitlyn plays in women’s golf tourneys. By her own words, she should be winning them all because she has an “unfair advantage.” I call BS, Ms. Jenner. https://t.co/PVm6qweyLc

Didn’t Caitlyn Jenner play in a women’s golf tournament? The hypocrisy is real.

Today, Jenner can add a new powerful name to her list of detractors. Comedian and lesbian-fantasy-haver Sarah Silverman smoked Jenner’s transphobia over a slow flame on the latest episode of “The Sarah Silverman Podcast.” Silverman talks about how education can be a space where you question essentialist views of gender. “Kids have to be able to be themselves,” she says, “so that kids plus time (AKA adults) know how to be themselves.”

“A trans girl is a girl,” Silverman explains on the show. “She should have the same rights as cis girls. You think a trans girl is too strong? What about tall girls…what about boys in high school who are teeny-tiny? This is so dumb! They are legislating this shit without one single example of how this plays out.”

Silverman ends by saying “this is not concern for girls sports. It’s transphobia full-stop.”

She continued to say that it’s “such a bummer” that such a prominent trans woman is “such a twat” before comparing it to the experience of being Jewish and “having the most famous names out there be Epstein and Weinstein. It’s super not awesome.”

Agreed–it’s super not awesome. At least we’ve got a few allies in powerful places.