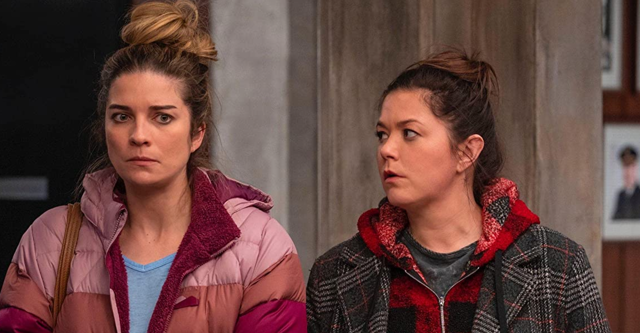 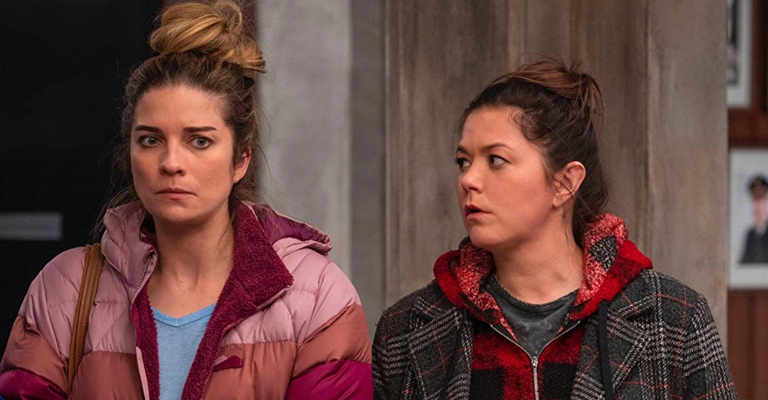 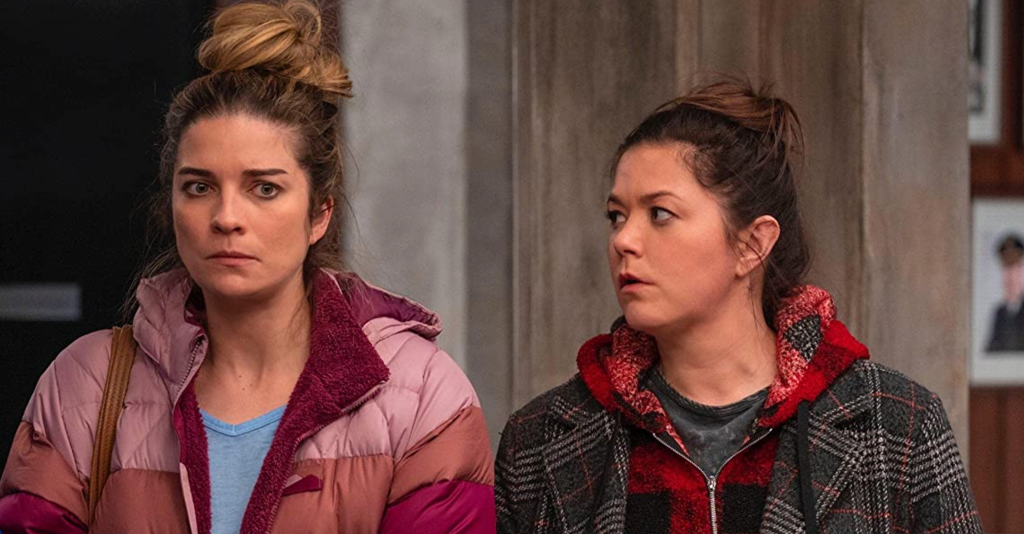 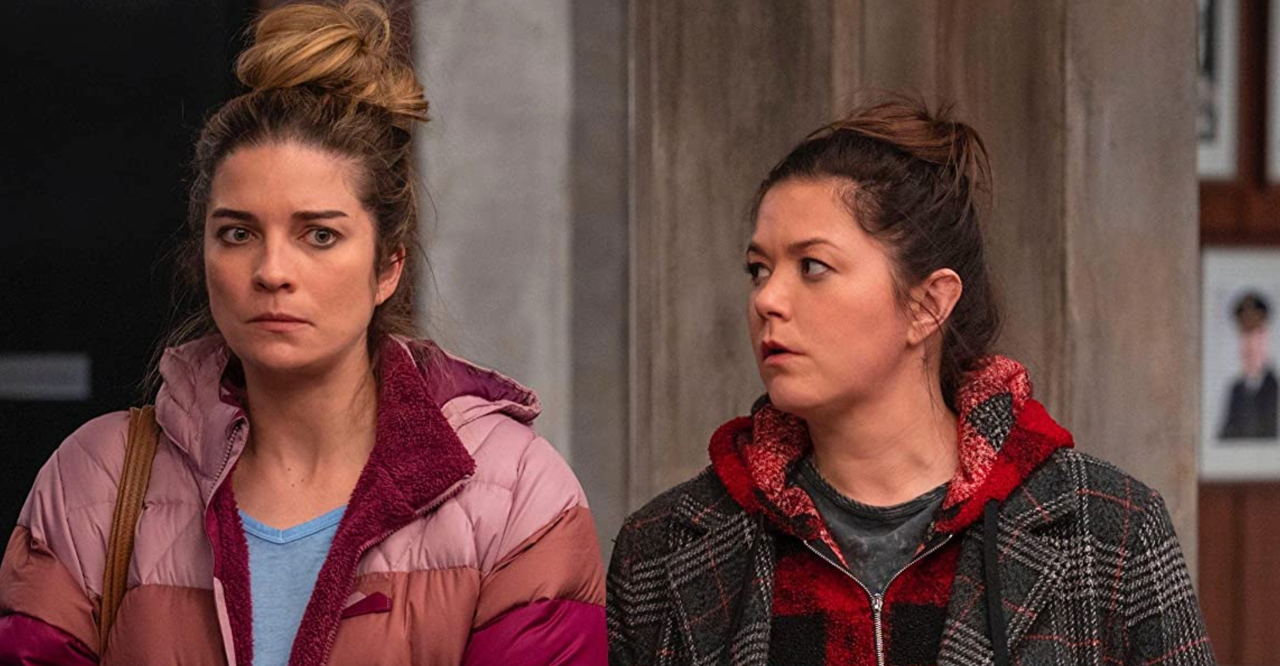 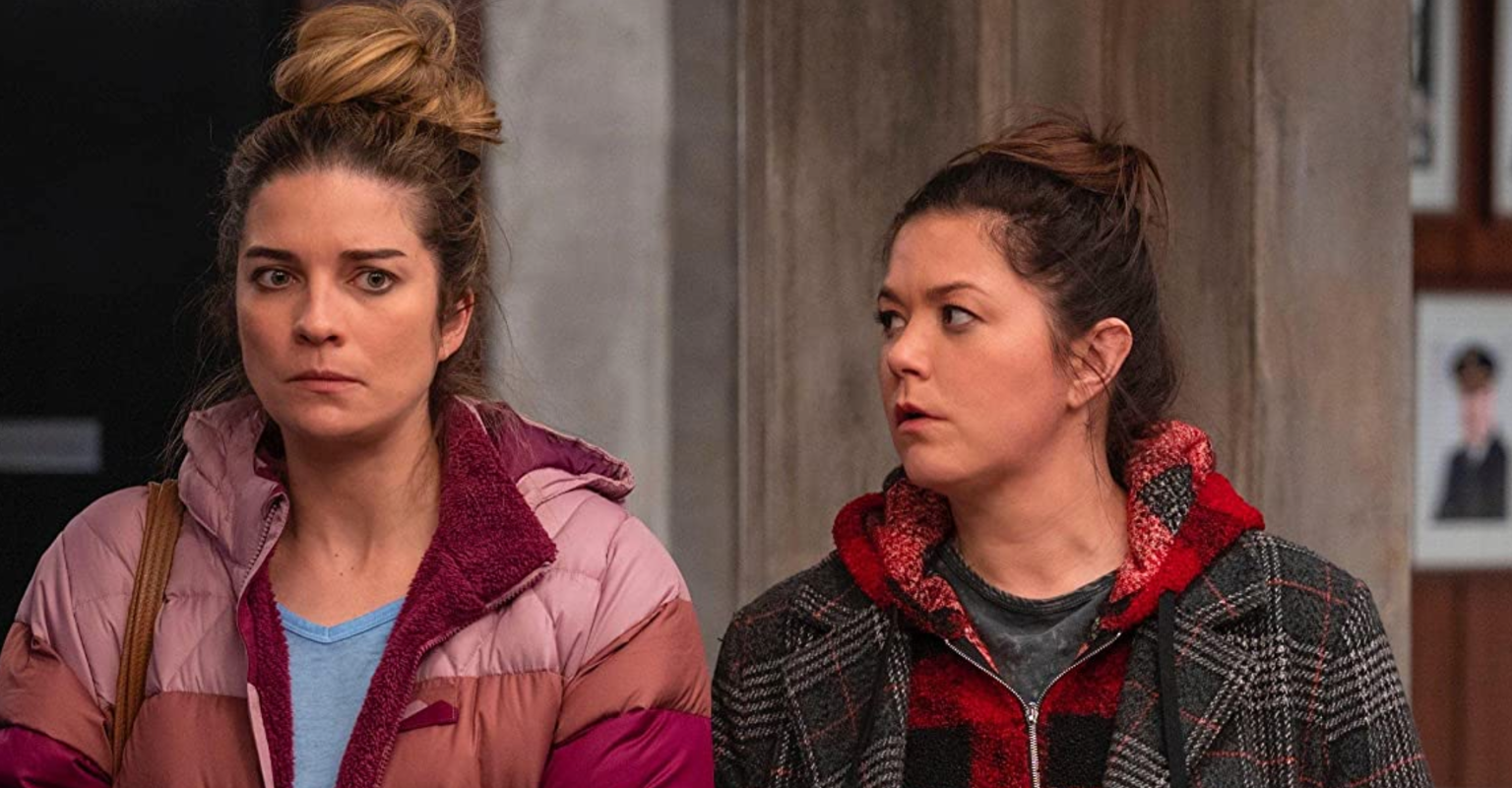 Early cancellation of queer-led shows, particularly those featuring female leads, has become, it seems, the latest trend in entertainment. As if the Bury Your Gays trope wasn’t bad enough, networks continue to bank on early-season views before inevitably axing even fairly popular shows without much of a warning.

Even worse than a favorite new show getting an early cancellation, however, is finding one with a compelling queer arc and realizing that it has not only been canceled at the dreaded two-season cut-off, but that it has pretty much gone unnoticed throughout its run. Such is the case for Kevin Can F*** Himself, which was brought to its premature end by AMC in October of 2022. The Annie Murphy-lead dramedy featured a profound and nuanced relationship that also became the unexpected slow-burn romance no one saw coming, and few actually watched. Due perhaps to its niche plot, or the next to nonexistent press coverage of it, the quiet little show that could began and ended its two-year run with but a murmur of fanfare.

Kevin Can F Himself—a play on Kevin Can Wait and other male-centric sitcoms—opens within the familiar multicam format, but unlike these more traditional takes, KCFH’s most interesting spin comes when shortly after the opening scene. Rather than linger on Kevin and his shenanigans in the sitcom world, the narrative pulls us into a single-cam scenario void of laugh tracks and stage lighting. This is where The Sitcom Wife goes when she leaves the room. As it turns out, she has an entire life of her own, and, as we learn right off the bat, a burning desire to get rid of her husband.

When we first meet Allison (Annie Murphy), she is lonely and isolated, not just her marriage, but her life. In addition, she is seemingly stuck in a low-paying job. As the story unravels, we learn that Kevin, her husband, is to some extent to blame for Allison’s misfortunes, including their financial instability. In a very similar way, we are introduced to Patty, played by Mary Hollis Imboden, in the role of The Nosy Neighbor. Patty and Allison are not exactly friends and not exactly antagonists, but something in the middle. Like Allison, Patty is also stuck. They’re both in parasitic relationships; Allison with her husband, Kevin, and Patty with her brother, Neil, Kevin’s best friend. As it turns out, The Wife and The Neighbor are much more interesting than their obnoxious male counterparts, and naturally their developing relationship becomes the prime focus of the series.

This isn’t just a story about a woman’s revenge plan, but one about two women who find themselves in each other.

As Allison’s plans to free herself from her marriage unravel and Patty becomes her willing accomplice, it becomes that this isn’t just a story about a woman’s revenge plan, but one about two women who find themselves in each other. Together, they find an escape from the dreary banality of their lives. The organic chemistry between Murphy and Hollis Imboden is given free rein here, and the result is compelling romance at its best. Even that would be simplifying it: Allison and Patty’s story runs deeper than that. What’s special about them—both as a unit and as individuals—is that they are each embarking on two separate journeys that inevitably converge, and the point of contact somehow creates a feeling of chaos while allowing all the pieces to fall perfectly into place.

While Allison is on a path toward taking back her autonomy, Patty’s journey one toward self-discovery. When we first meet her, Patty is the wisecracking next door neighbor who gives Allison shit in order to fit in with the guys, but she is gradually revealed to be far more layered than that. Patty is also a hairdresser with her own business, who on occasion sells painkillers to her clients–mostly older working-class women with chronic back pain. She is also just figuring out that she’s queer, and we see her explore her first relationship with a woman.

This is the meat of the story; the connection between Patty and Allison, and the romantic implications of their bond.

This is where we all breathe a sigh of relief, because this show doesn’t get hung up on the negative connotations of what Coming Out means. In fact, the only hang-ups the writers are really interested in showing us is how Patty’s new relationship with her girlfriend gets in the way of her evolving one with Allison, and vice versa. This is the meat of the story; the connection between Patty and Allison, and the romantic implications of their bond.

Perhaps the gayest thing about this show, and the core dynamic, is how quickly and how adamantly these two women begin to depend on one another. The intimacy builds almost instantly, as if all the years of distance between them served only to condense their chemistry. Now that they’ve finally allowed themselves a chance to connect, they’re confronted with the full weight of it. Amidst failed murder plots and clumsy attempts at escaping the law, Patty and Allison will have multiple moments of panic-ridden realization, of tense confrontations that feel like imminent love confessions— you know, those quiet moody ones that hurt the best—all while pulling each other out of the swampy clutches of their old lives in order to live a better one together.

While the series wasn’t granted more time to explore this dynamic beyond its 16 episodes, it’s still worth giving it a shot, as show creator Valerie Armstrong managed to do what few in her position get to do: provide an actual ending to her story. While a premise like that of Kevin Can F*** Himself could have benefited from a couple more seasons, its writers were able to finesse a satisfying enough ending that remained true to Patty and Allison’s undeniable connection, thereby handing their story over to the fans to make with it what they will.

You can buy season one of Kevin Can F Himself on DVD, and both seasons are now streaming on AMC.♦