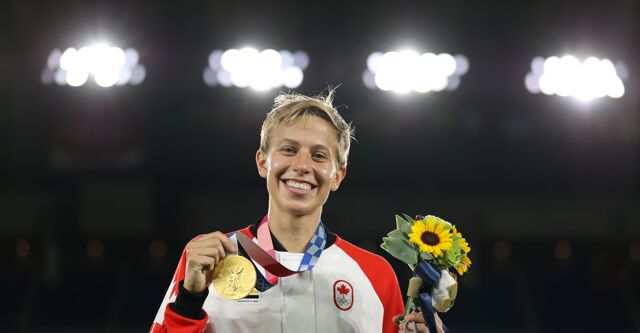 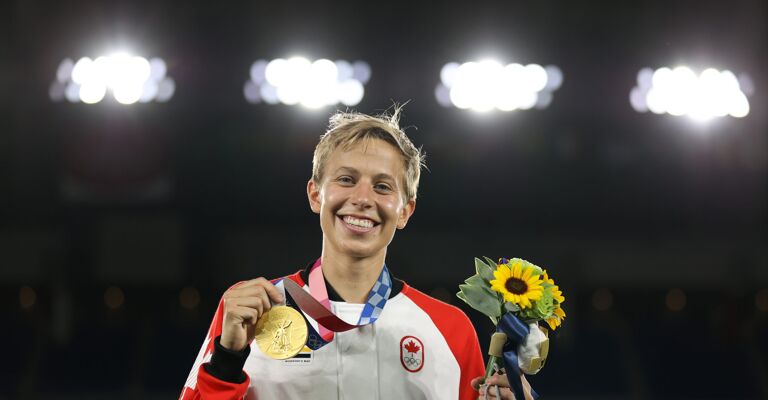 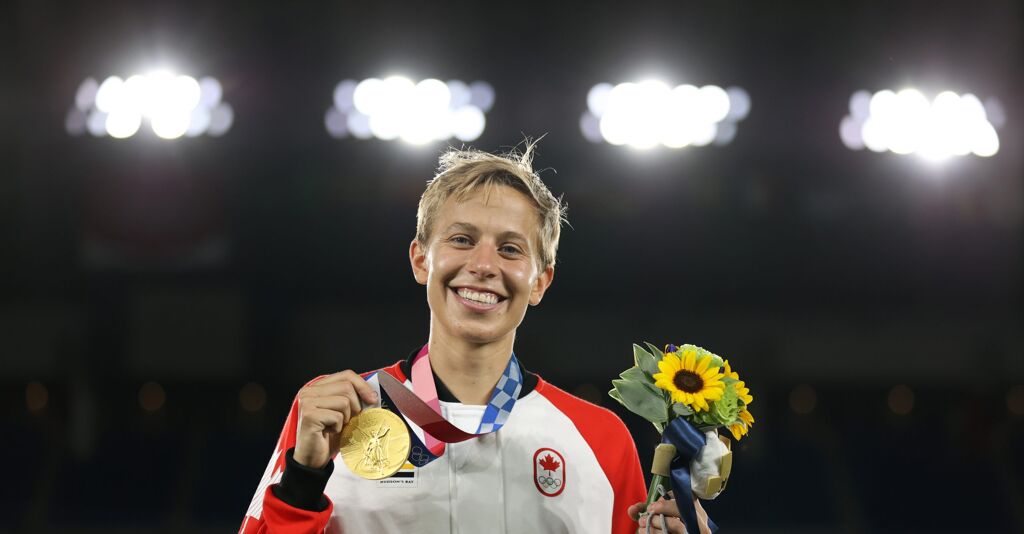 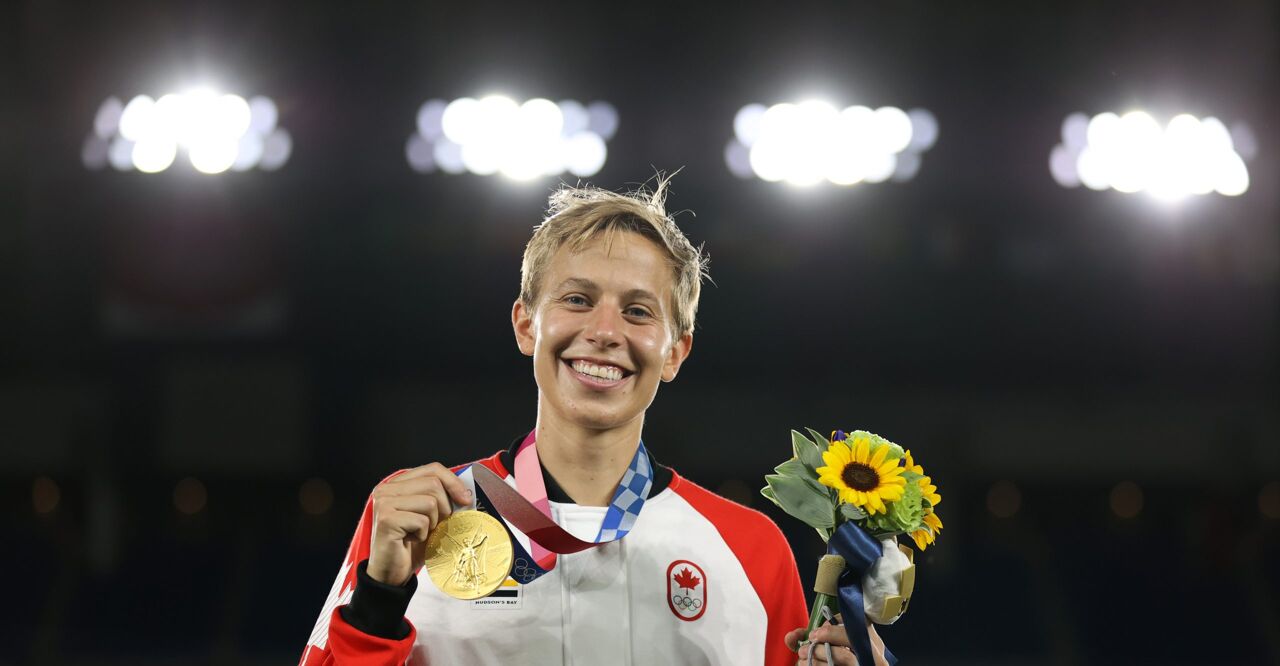 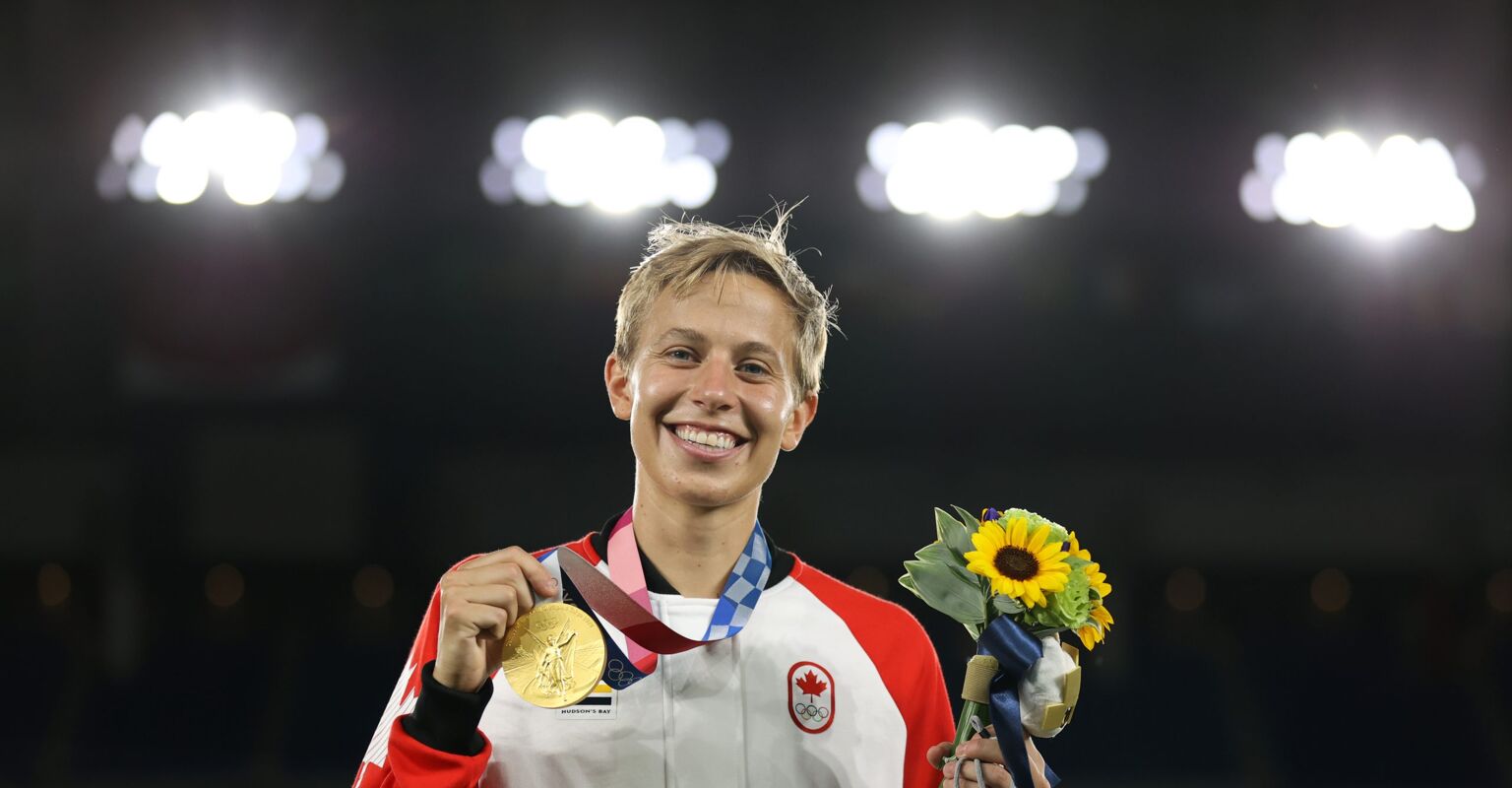 This summer, amidst an unprecedented push to exclude transgender youth from sports in the United States, along with a growing anti-trans agenda everywhere else, non-binary soccer player Quinn became the first openly trans athlete to win an Olympic gold medal. They were part of a number of Olympic athletes that showed the world that the anti-trans propaganda, suggesting it’s unfair or harmful to include trans athletes in sports, was and remains false.

Now, Quinn wants other queer people to continue pushing back against such agendas to protect the future of LGBTQ youth.

Quinn, who won their gold medal as a member of Canada’s Women’s National Soccer Team, opened up about their experience in an interview with the Advocate, who honored them as one of their Person of the Year honorees.

“It’s heartbreaking,” Quinn said of the anti-trans bills sweeping across America. “I think that everyone should have access to sports, especially young folks.”

Quinn adds, “I’ve realized that in Canada a lot more inclusivity needs to happen, especially at the youth sports level. For me, it’s focusing and making sure that all sports programs, I mean, specifically soccer associations within Canada, have trans inclusion policies and are including everyone at the youth levels.”

They don’t want to be alone in doing so. “I think that myself and other older people in the LGBTQ community need to work tirelessly to fight these bills,” they told the magazine.

“Visibility is quite significant [as is] having conversations about LGBTQ+ rights… There’s still such a long way to go.”

Quinn was also one of the honorees in the Advocate‘s sister publication, Out Magazine, for their #OUT100 honors. The 26 year-old was also included in Forbes Magazine’s Sports 30 under 30 list for 2022, one of the only two soccer players included in all of the honors.

Quinn, who uses they/them pronouns, came out as transgender in September 2020. They then had top surgery that November.

In Tokyo this August, they had took the field for over 300 minutes of playing time during six appearances in Olympic games — including five starts. They played as both a midfielder and a forward, and when they first took the field, they became the first out trans or non-binary athlete to officially participate in an Olympic competition. Laurel Hubbard and Alana Smith also competed at the Olympics afterward.

“I feel optimistic for change. Change in legislature. Changes in rules, structures, and mindsets. Mostly, I feel aware of the realities,” Quinn said in an Instagram post in the middle of the Olympics. “Trans girls being banned from sports. Trans women facing discrimination and bias while trying to pursue their Olympic dreams. The fight isn’t close to over … and I’ll celebrate when we’re all here.”

Last month, the International Olympic Committee (IOC) moved to remove blankets conditions from their guidelines that seek to exclude trans and intersex athletes based on their sex assigned at birth or hormones.

That doesn’t mean that all trans athletes are automatically safe to participate in all Olympic activities — each Olympic sport has a different regulating body outside of the IOC, and each country has its own chapter of said regulating body — but it does make a standard that Olympic stakeholders can adopt or adapt towards in the years to come.

It was the first major update of the IOC’s guidance for trans athletes in years. 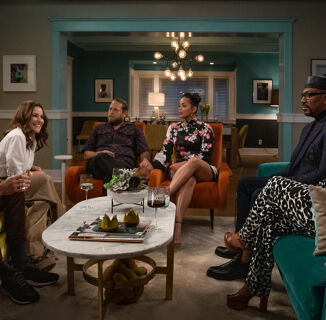 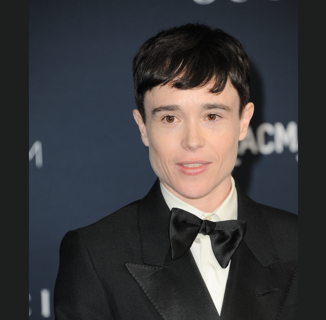 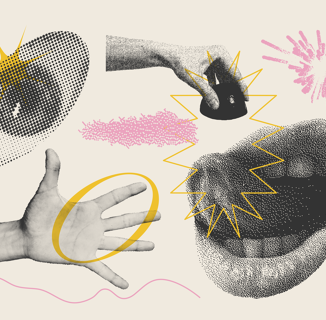