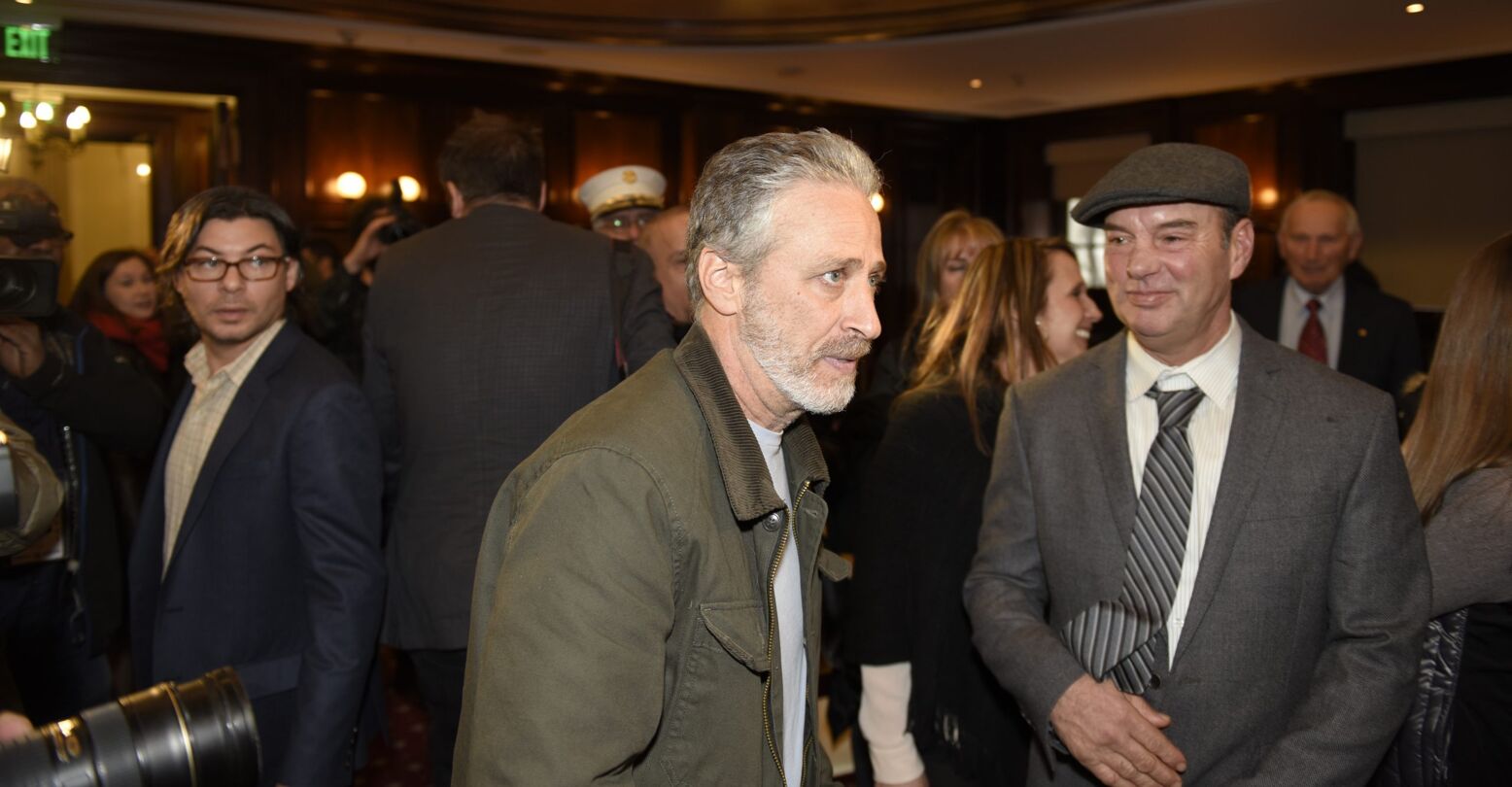 Just when you thought the Netflix/Dave Chappelle discourse couldn’t get any worse, Jon Stewart decides to enter the chat.

Per a TMZ report, Stewart was caught outside of Capitol Hill today when he was questioned about his longtime friend Chappelle’s Netflix special “The Closer,” the transphobic bent of which caused a Netflix employee walkout just yesterday. But according to Stewart, it’s all good: “I know his intention is never hurtful,” he told TMZ this morning. “He’s not that kinda person.”

Hm, well, let’s take a look at that for a second: first of all, language has power. The idea that someone can be a fundamentally “good” person and use harmful language and stereotypes to actively harm and oppress others doesn’t make a whole lot of sense. It seems that Dave Chappelle indeed has spoken from his heart in “The Closer,” and his heart feels like trans women are pathetic and scary. So that’s…not great.

It’s also a bit confusing for Chappelle and friends to reframe the problem like this: to them, clearly none of this is about Chappelle’s actions, it’s all our fault! We’re being too sensitive! After yesterday’s walkout lead by trans activist Ashlee Marie Preston, Chappelle’s team claimed that they reached out to the protestors to sit down and talk about the special. However, it’s clear that little remains to be said. Preston and her fellow trans employees are asking for one thing and one thing only: to have their feelings and well-being considered and prioritized, for once.

Honestly, there’s not much to talk about here: either you view trans people are people, or you don’t. By prioritizing his friend Chappelle, Jon Stewart has fully let the trans community down, and not for the first time.