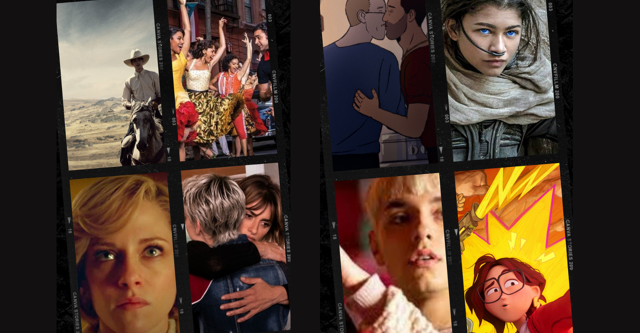 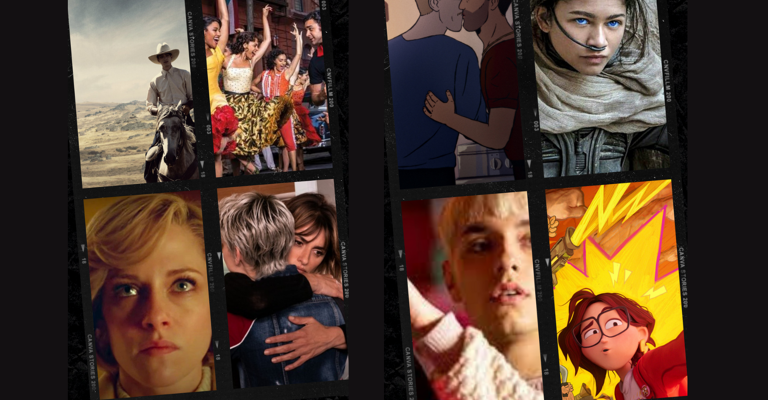 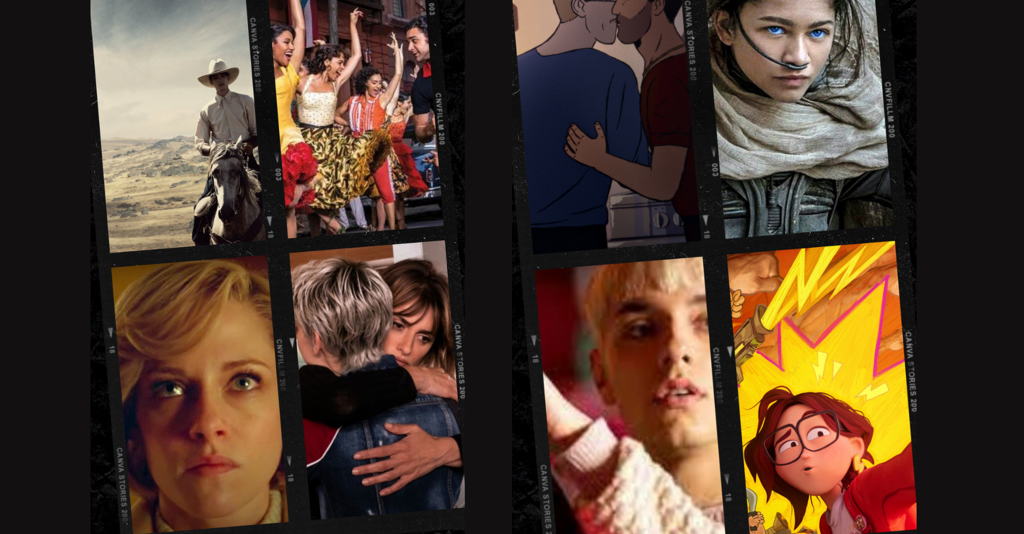 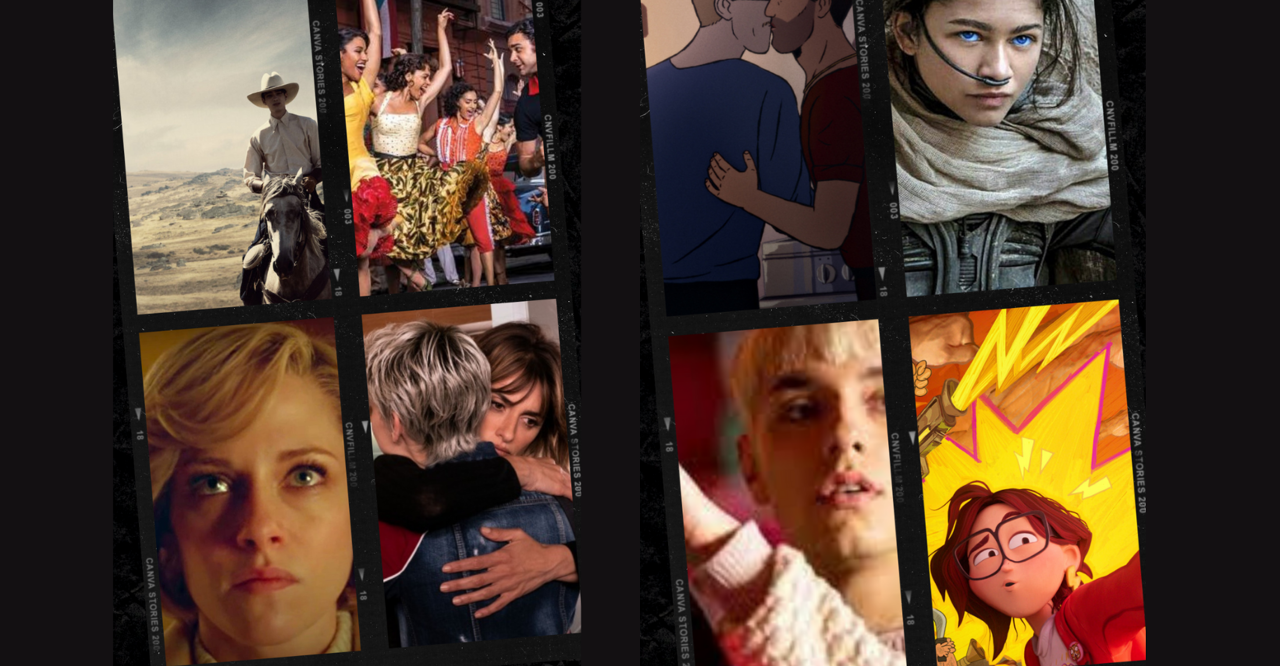 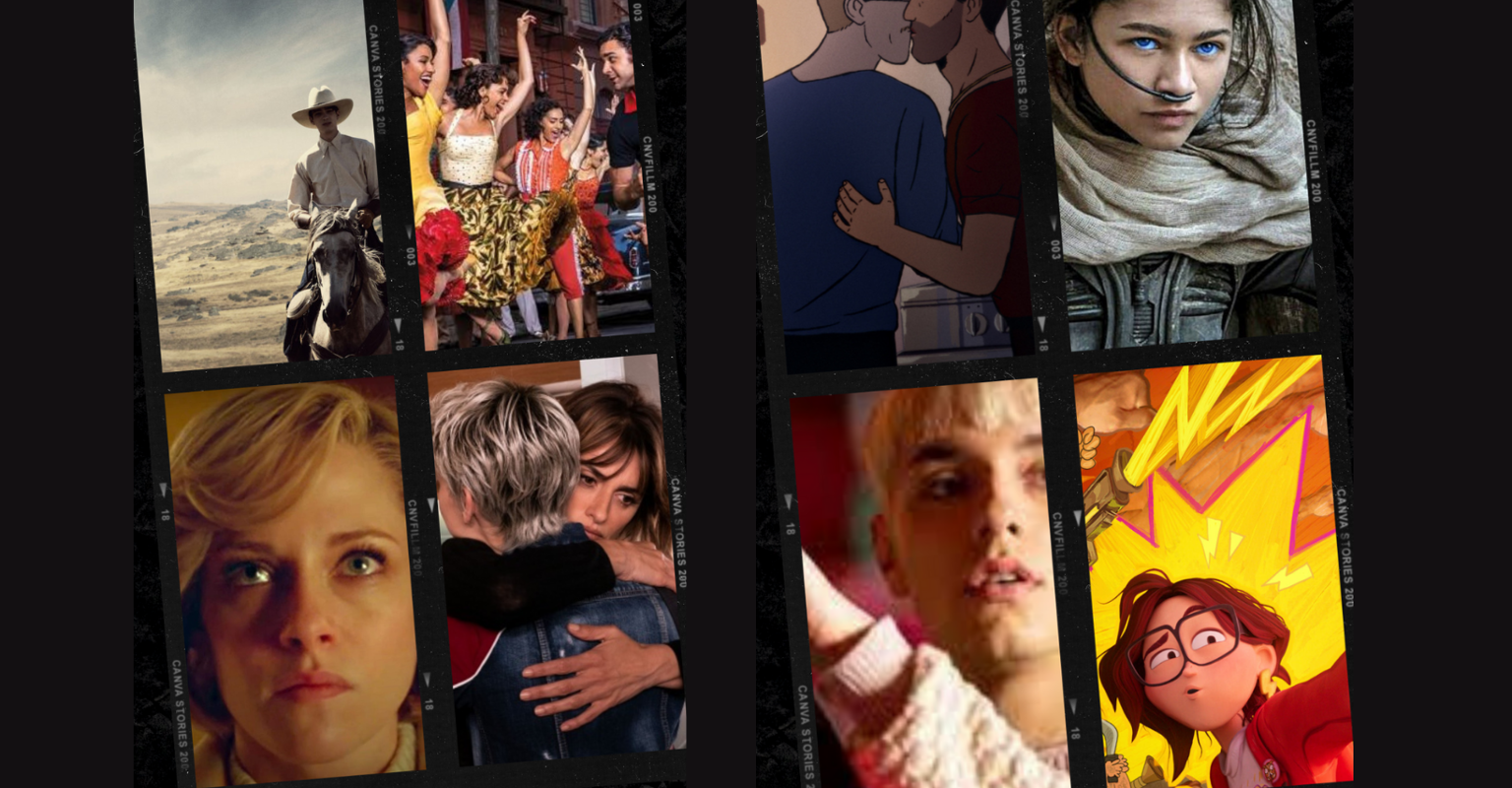 Awards season: some people love it and some people hate it, and there’s good reason for both. And yet, for better or worse, it’s an unquestionably entertaining time during the cinematic year. The extravagant fashion, the over-dramatic acceptance speeches and the iconic mishaps – yes we’re still not over that La La Land mistake—are only some of the moments that make it so worthwhile. Trivial enjoyment aside, awards really do give us a fantastic opportunity to celebrate the filmmaking achievements of marginalized communities. This of course includes the amazing LGBTQ+ talent working in the industry today and all of the wonderful queer stories that are being told.

With both BAFTA and the Academy having revealed their 2022 film nominations, awards season is well and truly underway. As usual, both had plenty of predictable choices, some nice surprises and a few so-called snubs – sorry Spidey fans but it looks like there was “no way” to get that Best Picture nomination. How did the queer hopefuls fare though and what are their chances of actually winning the awards they’ve been nominated for?

Dominating the Oscars with a staggering 12 nominations, the most of any film this year and also earning 8 BAFTA nominations, second only to Dune’s 11, Jane Campion’s The Power of the Dog is the firm frontrunner this awards season. Her slow-moving western about a closeted cowboy has impressed critics and awards bodies alike. With so many nominations it’s fairly safe to say that her queer drama will take home some gold. However, largely nominated films have gone home empty-handed before. Martin Scorsese’s The Irishman received 10 Oscar nominations at the 2020 awards but didn’t win any of them. Although proving to be a favorite in several categories it’s very unlikely that Campion’s film will suffer the same fate, but anything can happen in awards season.

How did the queer hopefuls fare though and what are their chances of actually winning the awards they’ve been nominated for?

Whilst not quite as many as Campion’s film, legendary queer filmmaker Pedro Almodóvar’s latest project, Parallel Mothers has garnered nominations as well. BAFTA has included it in their nominees for Film Not in the English Language whilst the Academy nominated it for Original Score as well as for Penélope Cruz’s leading performance, in which she plays a queer character. The film could end up with no wins though as there’s tough competition in all these categories. However, its best chance at a trophy probably lies with Cruz at the Oscars as the Actress in a Leading Role category is maybe the most unpredictable of this awards season.

One actress no longer in that specific race—much to the dismay of little monsters everywhere—is Lady Gaga, who missed out on an Oscar nomination for her portrayal of Patrizia Gucci in Ridley Scott’s House of Gucci. However, BAFTA did think she was worthy of a nomination, alongside 5 other nominees including Tessa Thompson for Passing. Gaga could be the likely winner of the BAFTA though as other favorites such as Nicole Kidman and Kristen Stewart are missing from the nominees. Although elsewhere in the lead actress arena, and despite Spencer receiving no other Oscar nominations, Stewart did secure a nomination from the Academy for her role as Princess Diana in Pablo Larraín’s acclaimed drama. Similarly to Cruz she stands as good a chance as any of the nominees in that category.

In stark contrast to the uncertainty of the leading actress race, maybe the most consistent of nominees throughout awards season has been Ariana DeBose for her fantastic work in Steven Speilberg’s musical remake, West Side Story. She’s received nominations from BAFTA and the Academy for Actress in a Supporting Role and she’s likely to win both. If you’re going to place any bet this awards season, put your money on DeBose, but don’t expect much of a return as she’s a dead cert! In an extra accolade, BAFTA has also aptly nominated her in their Rising Star Award.

Queer documentary Flee has made Oscar history by being the very first film to be nominated in all three of the Animated, Documentary and International Film categories.

West Side Story isn’t the only musical to pick up nominations though as BAFTA also nominated the drag queen musical Everybody’s Talking About Jamie for Outstanding British Film. It shares this category with 9 other nominees though, including Belfast, Boiling Point, No Time to Die, and Passing, and considering this is the film’s only nomination, it looks unlikely to win. Elsewhere BAFTA has also recognized some queer productions in the lesser discussed categories with thriller Femme, starring Paapa Essiedu and Harris Dickinson, nominated for Best British Short Film.

Queer documentary Flee has made Oscar history by being the very first film to be nominated in all three of the Animated, Documentary and International Film categories. BAFTA also recognized it by nominating it in their Animated and Documentary categories, however, it missed a nomination for Film Not in the English Language. The film tells Amin’s amazing true story of fleeing his home country as a child refugee and accepting his queer identity in the process. It’s one of the best documentaries in recent years and truly essential viewing for all. It deserves to win everything it’s been nominated for so hopefully voters will appreciate how special it is and reward it appropriately.

Another animated film that has done well is The Mitchells Vs the Machines, it’s been nominated by both BAFTA and the Academy in their respective Animated Film categories. The main character, Katie is revealed to be queer during one of the film’s closing scenes in a wonderfully natural way, contributing some great queer representation to the family film. Hopefully, its nomination will encourage more families to watch it and subsequently see how queer representation can and should be a part of other films. Unfortunately, its chances of winning are slim though as the Animated categories in this awards season are the strongest they’ve been in years and the aforementioned Flee as well as Disney’s Encanto are looking like the frontrunners in this category.

Albeit, it’s important to remember that awards aren’t always an indicator of a film’s quality and there are plenty of amazing queer films and performances that haven’t been nominated this year. Nonetheless, we gladly celebrate the queer nominations of this year’s awards season. Queer artists and stories deserve their moment in the spotlight too and awards success is so helpful in talent securing future work and funding. Visibility is so important, and reaching a wider audience is considerably easier when backed by awards bodies. So with that in mind this cinematic season should not be entirely dismissed as silly, irrelevant or unimportant.

All will be revealed when the golden envelopes are opened and the winners are unveiled at the respective awards ceremonies, both taking place throughout March. There are some excellent queer awards prospects this year and whilst we hope some can make awards history, regardless of the outcome we’re already grateful for their lasting impact. ♦